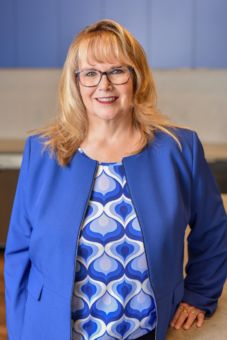 Susan Beasley — vice president of information technology, program management and facilities at Ritter Communications — was recently recognized as one of the top businesswomen in Northeast Arkansas. She was named to the Talk Business & Politics (TB&P) 2020 class of Northeast Arkansas Women in Business honorees.

Ritter Communications is based in Jonesboro, Arkansas, but it also serves customers in West Tennessee near Millington.

A statement from TB&P praises the distinguished list of 10 winners and says there were many other outstanding applicants that did not make the list.

“We are thrilled with the distinguished group of nominees we received,” the statement says. “These women have helped build Northeast Arkansas into the growing powerhouse it is today, and they are helping advance its future.”

“I am excited to be named to the NEA Women in Business list,” she says. “It is an honor to be named along with all the other distinguished women on the list.”

This is the second year TB&P has issued the awards. To learn more about TB&P and the other honorees on the list, visit NEA Women in Business. For more information about Ritter Communications, visit rittercommunications.com.