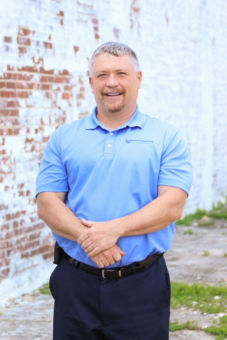 Boring began his career at Bledsoe Telephone Cooperative as a lineman more than 26 years ago. He worked his way up through the ranks holding positions as drafter, engineering coordinator, engineering manager and outside plant manager before becoming general manager in August 2015.

“Charlie has more than 25 years of experience in the telecommunications industry. His knowledge and understanding of the challenges facing rural Tennessee will be a tremendous asset,” Knowles says. “I’m proud that the Tennessee Broadband Association companies and leaders like Charlie work so diligently to make sure their friends and neighbors have the communication networks they need today and for the future.”

Boring holds a Bachelor of Science in criminal justice from the University of Tennessee at Chattanooga and an associate degree in civil engineering technology from Chattanooga State. He serves on the board of directors for multiple telecommunications industry organizations as well as president of both the Bledsoe County Economic and Community Development Board and the Bledsoe County Quarterback Club. He has previously served as President of the Kentucky Tennessee Engineering Association.

“I am honored to serve in this position and look forward to working with telcos across the state to reduce the rural technology divide and to expand rural broadband in underserved areas all across Tennessee,” Boring says. “I am eager to work with our association and state leaders to improve connectivity in rural Tennessee.”

The Tennessee Broadband Association is comprised of independent and cooperatively owned companies like BTC Fiber that connect almost 30% of the state with broadband and
related services. Together these companies have invested more than $240 million in recent years to connect rural Tennesseans with fiber networks.