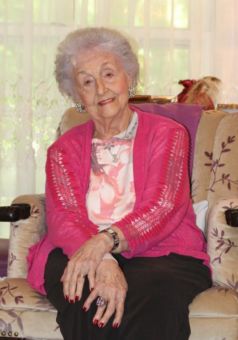 The Tennessee Broadband Association mourns the passing of an icon within the telecommunications industry and a dedicated supporter of her community.

Louise Riddle Passarella Brown, who owned Loretto Telephone Company from 1946 until it was sold to SkyLine/SkyBest in 2018, died on May 25. She was 95 years old.

“Louise Brown was well known and respected in the telecommunications industry,” said Levoy Knowles, TNBA executive director. “She was a true community and industry leader and will be greatly missed by those who knew her.”

Brown and her husband, Ralph Passarella, purchased The Loretto Telephone Company in 1946. They ran the company together until Passarella’s death. In 1969, Brown became the president and CEO. She retired in 2018.

“Ms. Brown, current and past employees have established a foundation at Loretto Telecom as a leader in Lawrence County in technology and community involvement,” Shelton said. “We feel that there is no better way to continue her legacy than to continue to serve others by building out and upgrading our network and continuing our community stewardship.”

Brown had seven children plus a foster child and four stepchildren. Several of her children were employed by Loretto Telecom and assisted in leading the telco business.

Brown was an innovative leader and intensely community-oriented. She was a role model leading the way for women business owners in the region. She chaired Loretto Lift-Up Committee for community improvement and helped establish a mental health center and a domestic violence center within her community. She also worked for many years promoting tourism in Lawrence County. 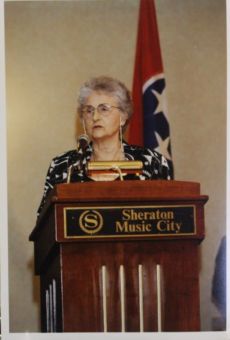 She served as president of the Tennessee Telecommunications Association and spent many years on its board of directors. In 1990, Brown was selected as one of 102 outstanding telecommunications executives in America by Telephony Magazine. She co-authored “Telephones for Tennessee,” a history of Telephony in her state, and proudly served in the Tennessee Federation of Democrat Women. In 1992, she was president of Tennessee Leadership, a statewide program for women leaders. In 2016, Tennessee state Rep. Barry Doss proclaimed Oct. 18, 2016, to be “Louise Brown Day.”

She was laid to rest May 30 in Loretto Sacred Heart Cemetery. For more information, read her full obituary at Loretto Times Daily or the Loretto Telecom member profile.