In the early morning hours of March 3, multiple tornadoes touched down in Middle Tennessee, including an EF-4 that ripped a path just outside Cookeville’s city limits in Baxter.

The storm killed 18, injured 80, damaged more than 400 structures and completely destroyed about 100 homes.

“That first day, it seemed we were all a little paralyzed,” says Lea Ann Gore, marketing and sales manager at Twin Lakes.

Twin Lakes’ crews began working immediately and replaced over 10,000 feet of fiber cable that was destroyed. Service was fully restored in a little over a week. But the real recovery work was done away from the fiber.

More than 2,000 volunteers showed up to help the community. Others dropped off supplies and donations. Officials were trying to coordinate all of this in a large parking lot with a small speaker and a microphone. And that’s when Twin Lakes offered a solution.

The telecommunications company set up their mobile unit to be used as the command center at the Putnam County Fairgrounds. They provided both a fiber broadband connection for volunteer coordinators and emergency management officials and a dedicated Wi-Fi connection for the Tennessee National Guard that was called in to assist. 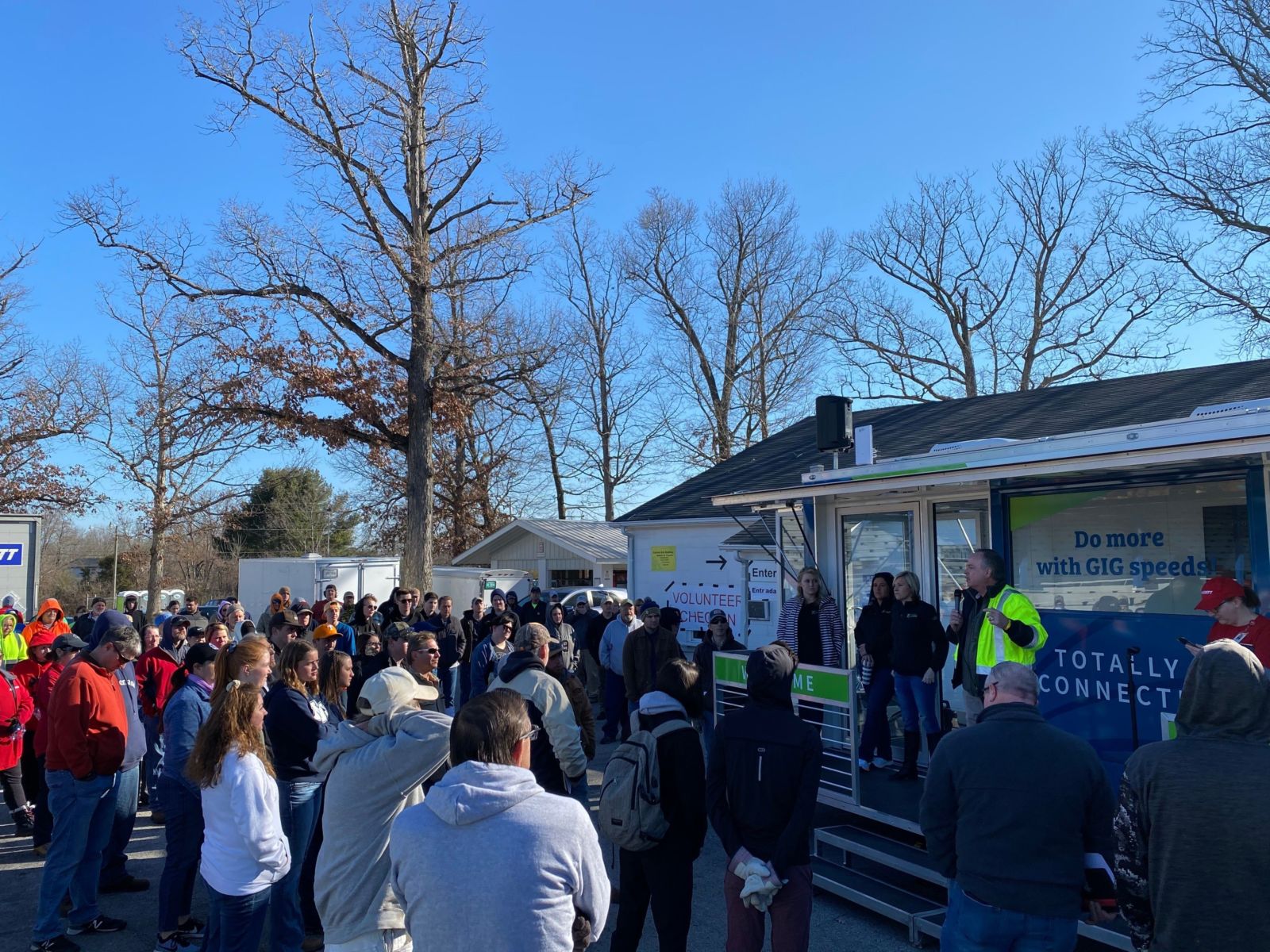 In just seven days, over 6,000 volunteers were coming through the center on a daily basis. They showed up to clean debris, organize donations and offer assistance in any way they could. “They don’t call us the Volunteer State for nothing,” Gore says. In addition to the 6,000 volunteers, Twin Lake employees worked over 300 hours assisting tornado victims and relief centers.

It is a tight-knit community, and Gore says the destruction hit home for many. She says she was changed by witnessing the devastation, but she is encouraged by seeing the community come together. She said many Twin Lakes crews and employees were working side by side with their industry competitors.

“When times are good, we all have competition, but in times like this, we are all on the same team,” Gore says. “It has everything to do with community.”