The government affairs team works closely with lawmakers in Nashville to promote issues affecting the Tennessee Broadband Association and its members.

Kim Adkins and Steve Buttry of Capitol Strategy Group act as liaisons between state government and the TNBA to inform and educate officials about issues and proposed bills that impact the broadband industry.

Some of the most important issues lawmakers will address during the current legislative session include financing broadband expansion in unserved rural areas and potential tax cuts for the business community.

“If you don’t have a seat at the table, you are on the menu,” Adkins says. “State leadership understands we need to be part of the discussion.”

One of the most important roles of the government affairs team is to promote the TNBA and present them as broadband experts and partners in efforts to make rural Tennessee a better place to live.

Buttry says one of the most important things TNBA members can do, regardless of whether they are chief executives or general managers, is make personal introductions to their state representatives.

“We are the tip of the spear during the legislative session,” he says. “But when legislators can put a constituent face on an issue we are discussing, that makes all the difference in the world.” 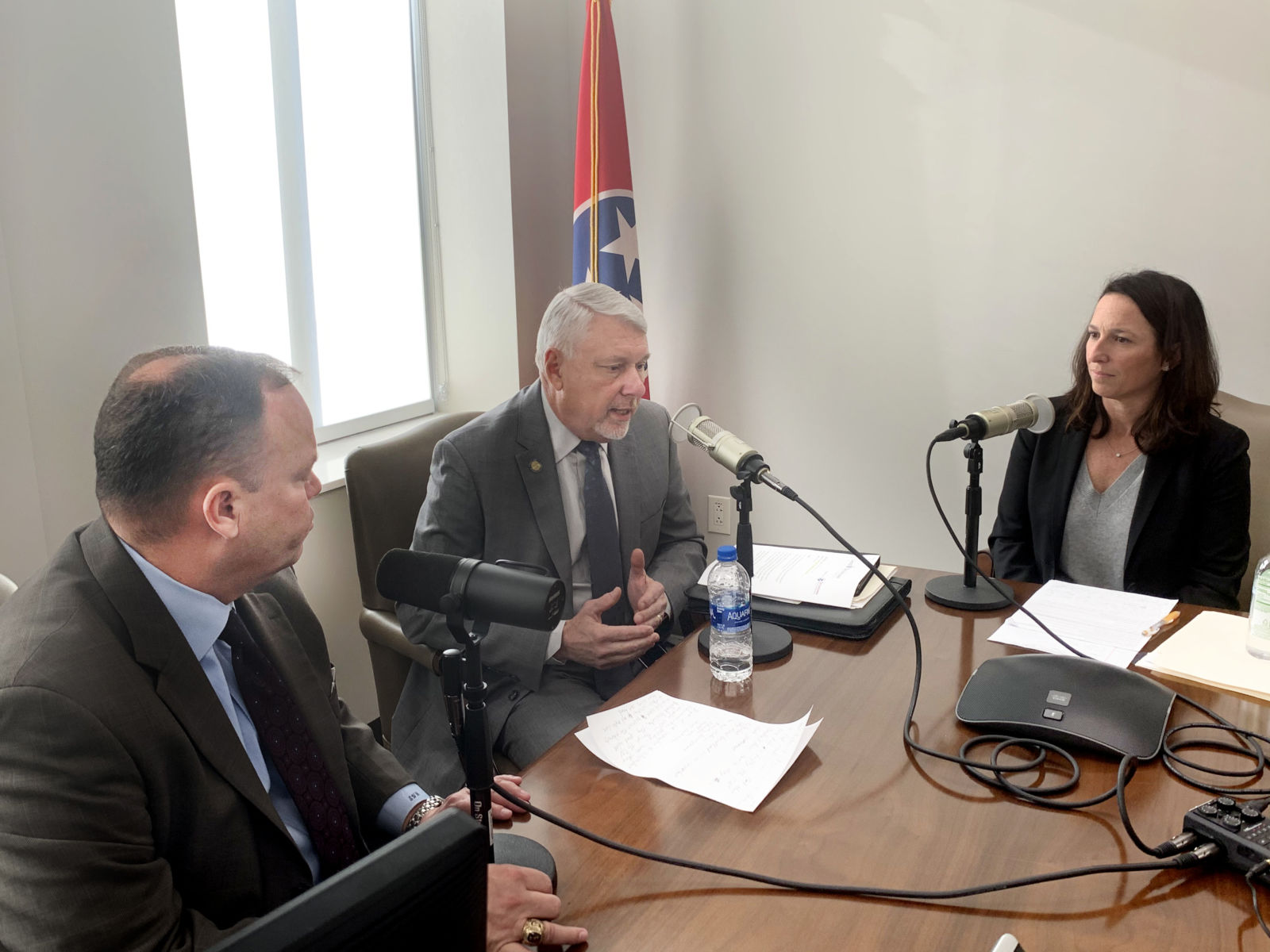 Executive Director Levoy Knowles speaks with Buttry and Adkins in an upcoming episode of “Lead Tennessee Radio,” a TNBA podcast addressing issues affecting rural Tennessee. Past episodes include conversations with lawmakers and state leaders. Recent topics discussed include broadband internet’s impact on rural development and how it can be used to improve health care in underserved areas through telemedicine.

“Lead Tennessee Radio” can be found on apps such as Apple Podcasts and Spotify.