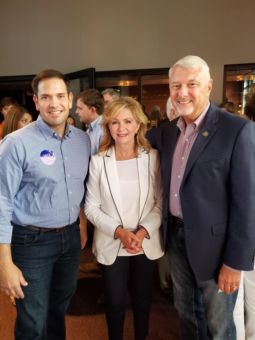 August has been a busy month for the Tennessee Broadband Association. The Association networked with leaders at both the state and national level on multiple occasions.

The Association had the pleasure of being one of the many great sponsors for the NCSL Tennessee State Night on Tuesday, Aug. 6. The NCSL is a bipartisan NGO that serves lawmakers and leaders nationwide.

Following the NCSL meetings, Knowles attended a fundraiser for Tennessee senate majority leader Jack Johnson on Friday night, Aug. 9. The guest speaker at the event was Sen. Marco Rubio from Florida. Blackburn was also in attendance.