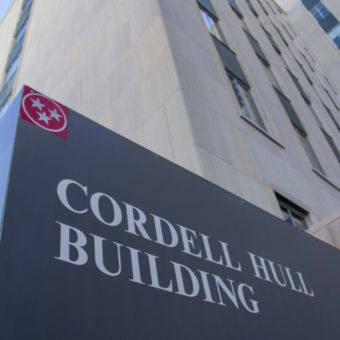 In the final days of the legislative session, TTA members won a significant victory that at times appeared to be a long shot.

“With this bill, the stakes were high, and we were able to overcome huge odds to get it passed,” said TTA Executive Director Levoy Knowles. “This is a win for TTA members, but more importantly it’s a win for the thousands of rural Tennesseans waiting on fiber optic service.”

Until the passage of a last-minute exemption bill (SB1458/HB 605), TTA members faced millions of dollars in new taxes from the Department of Revenue’s recent decision to tax the installation and leasing of fiber optic cable. Legislators, who have focused on eliminating tax exemptions throughout the session, approved the bill exempting fiber installation from the tax.

TTA members had argued that adding millions in taxes to fiber optic installation would prohibit them from expanding broadband networks.

“The governor and other officials are promoting broadband deployment through state grants,” Knowles said. “In fighting for this exemption, we explained that the collection of this new tax would consume the funding that some members had received. Fortunately, our legislators agreed with our position that such a policy really didn’t make sense.”

The House passed the bill with a vote of 85-10, and the Senate version passed unanimously. Introduced in both houses the first week in February, the governor signed the bill on May 24.

The bill was debated thoroughly in several committees, along with many meetings with all the stakeholders including the department of revenue, legislative leaders, and TTA members. Knowles credited the bill’s sponsors Sen. Paul Bailey, R-Sparta, and Rep. Rick Tillis, R-Lewisburg, for their dogged determination to see the bill through.

“Both men have proven once again that they understand the importance of broadband for rural Tennesseans and that they are willing to fight for their rural constituents,” Knowles said. “TTA members and our customers owe them a good deal of appreciation for championing this bill.”