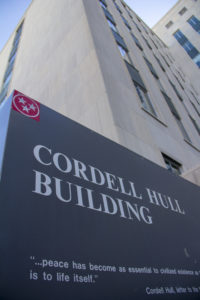 TTA members will need to get to know not only a first-term governor but also four new state senators and almost 30 new members in the house.

“It’s a new day for state government,” said Kim Adkins, who represents TTA in lobbying efforts with The Capitol Strategy Group. “With so many new faces and familiar ones in new roles, the next few months are going to be all about building new relationships and building upon the strong relationships we already have in order to continue our role as a trusted resource on rural broadband.”

Despite what he described as a “shuffling of the deck” in the statehouse, TTA Executive Director Levoy Knowles believes TTA is well-positioned to build on past success in making the concerns of TTA members known to legislators and policymakers.

“We’ve worked so hard and have been to Nashville and the home offices of these lawmakers so often that they recognize TTA as Tennessee’s broadband experts,” Knowles explained. “In many instances, those relationships will continue to be an asset as our friends in the statehouse are moving into leadership roles both statewide and federally.”

Not only will Tennessee have a new governor in businessman and cattle farmer Bill Lee, but also many cabinet positions and department heads are expected to change with the administration. Lee, who is from Franklin, is the president of Lee Company, a family business that employs more than 1,200 people. Known as a political outsider, Lee spent a lot of time during the election focusing on rural issues.

While some officials may stay in place from the Haslam administration, Lee is expected to appoint new department heads in key positions, including the Tennessee Department of Economic and Community Development. The agency plays a crucial role in administering the state’s Broadband Accessibility Grants. The preservation or expansion of that grant program will be one of TTA’s top priorities with the new administration.

“TTA will work to understand the governor’s policy initiatives, and we already know rural broadband is on his radar,” said Steve Buttry, another TTA representative at The Capitol Strategy Group. “In many cases, however, making sure the new cabinet staff and department heads understand TTA’s positions are equally as important.”

The race that captured most of the headlines — the most expensive race in Tennessee history — saw Marsha Blackburn win the seat in the U.S. Senate vacated by retiring Bob Corker.
Blackburn, a 16-year veteran of the U.S. House, is well-known by TTA members. She spoke at the TTA Annual Convention in 2017.

“Marsha Blackburn has shown a good understanding of what TTA members mean for their areas, and we believe she and her staff will continue a sound dialogue with TTA on topics related to broadband development,” Adkins said.

In the house, TTA members will find more familiar faces. Six of the nine congressional districts in the state saw incumbents return to their posts. The three new congressmen elected are all Republicans with state government experience.

John Rose, R-Cookeville, the former agriculture commissioner, won the District 6 seat, which was held by Diane Black before she ran for governor. District 6 encompasses the mostly rural northern part of the state. Rose is acutely aware of rural issues and through his home and business is served by two TTA members, Twin Lakes and DTC.

“Not only do all three new congressmen understand state government well, but they also know our TTA members, and they understand the needs of rural Tennesseans,” Knowles said.

In addition to Lee’s administration, there are plenty of new faces in the state legislature. Despite only one incumbent state legislator being unseated, there will be 28 new state representatives and four new senators in seats left open by either retirements or primary defeats.

With Mark Green winning a congressional seat and Mark Norris’ appointment to the federal court, there will be two open seats to be filled in a special election.

New house members come from across the state: Memphis to Morristown. They include both Republicans and Democrats. The new representatives come from a wide range of backgrounds, including academia, law enforcement, banking, construction, city government and one former NBA player.

In both the senate and house, Republicans maintained their super-majority, but with Speaker of the House Beth Harwell not seeking re-election after a gubernatorial run, state house Republicans will need to elect a speaker and other leadership positions at a Nov. 20 caucus. The new speaker is expected to reshuffle some of the committees in the house.

For TTA members, the most important committee is usually the Business and Utilities Committee, which was already set to see four new members due to retirement — even beyond any changes the new speaker makes.

“Any way you look at it, TTA members have a significant number of new representatives and officials we need to meet and educate about our companies’ and customers’ issues,” said Knowles. “In the last six years, our members have done an excellent job reaching out to legislators both at home and in Nashville, and I look forward to helping spread TTA’s message to those who have been recently elected.”