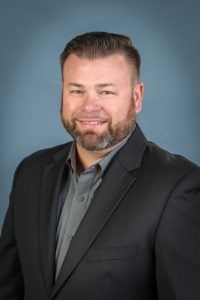 It’s been a year of transition at Loretto Telecom. But after hiring Jason Shelton as general manager Oct. 1, the telco is primed to thrive.

At Loretto, Shelton will direct the overall operations while positioning the company both strategically and tactically for growth. In addition to developing an annual budget and work plan, he will manage personnel and communicate with external stakeholders. He will work closely with SkyBest CEO Kim Shepherd.

“I am thrilled to announce the addition of Jason to the Loretto team,” Shepherd said. “He brings many years of experience and a desire to see the community grow and prosper. I am also excited about beginning the fiber overbuild for Loretto Telecom customers. A fiber network will bring a solid foundation that will embrace the future of technology and strengthen the economic base to make life better for all who live in the communities we serve.”

That’s a great situation for Shelton, who has a passion for building broadband networks capable of bridging the digital divide.

Shelton and his wife, Tonya, have two sons: William and Jase. They are originally from rural east Texas. Jason joined the United States Marine Corps after high school. He has more than 20 years in the telecom industry in various positions, starting with his military service, and continuing with both wireless and wireline networks. He also studied at Columbia College in Missouri, where he received a Bachelor of Science degree in business administration.

As Shelton and his family settle into life in Middle Tennessee, he agreed to a short Q&A for the TTA newsletter.

TTA: You’ve spent time in Upstate New York, east Texas, Colorado, Montana and now Tennessee. What are you finding to be similar and different about those areas?

Jason Shelton: I will break it down into three similarities, with the first being the desire for better access, the second similarity being quality of life, and the third similarity being the beauty of that access, though tough to build and justify the financial feasibility of it. It doesn’t matter what state you live in, the internet is an integral part of our lives, and having access to it will become ever more critical.

It’s just not being able to watch videos and play video games with another friend from school. Health care, teleworkers and transactions, to name a few examples, are all affected by access, or the lack of. A lack of access diminishes economic viability, which can affect the overall quality of life. For example, from the standpoint of raising a family, if access to jobs prohibits families from sticking around each other, that negatively affects the quality of life. Access to the internet can positively affect people’s lives, and rural America is no different.

Finally, you’re also talking about some of the most beautiful areas in our country. But, there is a reason that proper services do not exist or have not been upgraded in a very long time. And without support, it will continue to be a challenge — but it should also not diminish how important the need is.

TTA: Coming into Loretto, what would you say is its biggest strength or strongest asset?

JS: Opportunity. And not just in Loretto but also in Lawrence County and the surrounding areas. We are positioned in an advantageous position that could produce some tremendously positive economic benefits for many years to come.

Frankly, Tennessee, in general, is in an advantageous position. In my short time here, I have seen several examples of where Lawrence County is producing and being aggressive in increasing economic diversity, which is a good sign.

However, a key component to long-term success is access to broadband, and Loretto Telecom has an opportunity to play a critical role in those successes. The employees at Loretto Tel are unlike any group of people I have worked with in the past. They are some of the most genuine, nicest people you will ever meet. There is a tremendous desire to grow and “win” again, and I am very humbled to be able to lead them in doing so.

And for all of us to be at the beginning stages of building a network that will positively benefit the lives and well-being of those around us for many decades to come is a phenomenal opportunity and responsibility that we do not take lightly.

TTA: What is the biggest area of need where you and the staff will be focusing?

JS: When I first arrived, there had been a small FTTP project already kicked off. In fact, within the first 30 days of being here, we have already installed several customers (the first for LT) on the new network. However, the two biggest needs we have are continuing to build and creating a price structure for existing customers that is sustainable, and the value is realized while waiting on fiber to be built in their areas. We will also be focusing on our internal components of the business as well. There are several that need to be brought up to date and allow us to be capable to maximize our efficiencies and allocating expenses properly.

TTA: You’re new to Tennessee, but you’re no stranger to rural broadband. What do you think are some of the keys to delivering high-speed connections to rural America?

JS: In my past life, I had the opportunity to work through a state-driven grant program as well as having visibility in the decision-making process from federal programs. There are several reasons why this needs to continue across our country and our state.

Building out those beautiful, but remote, areas is not going to happen unless there is help to do so. You also need partnerships. These two components are largely significant but traditionally challenged to find the common ground needed to work together.

However, if they could be worked out, it would be a large step forward in bridging the digital divide that faces rural America. Having the commitment to fix the divide, and also doing it the right way the first time will allow for this problem to be dealt with for a very long time.

Often, I hear of solutions that are only band-aids. Thus, we really need to define a standard that will enable us to build for the future rather than temporarily solving a problem based on outdated speed standards. This is a problem that will continue to plague us until it is done properly and with the right technology. There is really only one way that I know to “future proof” this issue. Case in point, 5G will do a lot of good, but it still needs fiber.

TTA: In addition to your arrival, Loretto is transitioning from a family-owned business to being owned by SkyBest. What do you think that change means for customers?

JS: I’ll answer this question with a familiar response: opportunity. From a customer’s standpoint, they want to understand what this means to them. From discussions with customers, businesses, former customers and others, there is a desire for more opportunity — whether that is better speeds or reduced pricing. I understand that, as I have been a part of companies merging as an employee and as a consumer. That is the way that I look at things — from a consumers mindset. How can I get what I want at the fairest price possible?