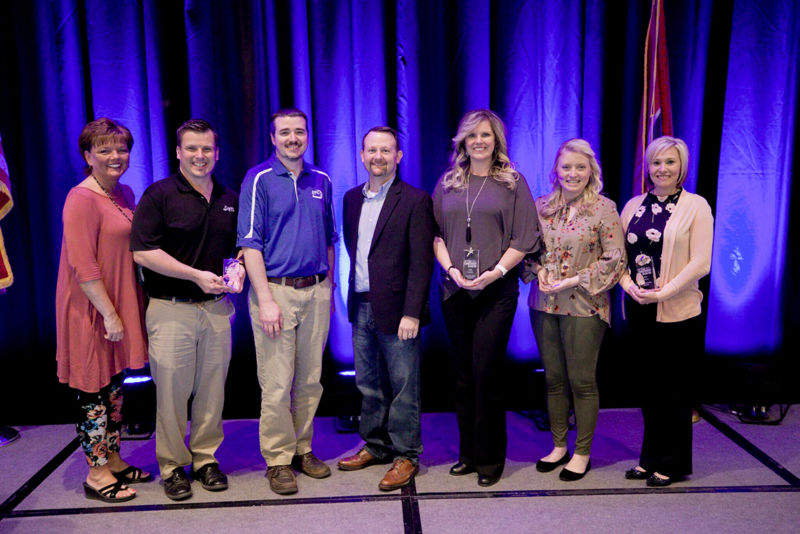 NTCA’s PR and Marketing Conference was held in Nashville at the end of April, and, fittingly, three Tennessee telcos were honored with TeleChoice awards for their marketing work.
Twin Lakes received two awards for branding and marketing campaigns, while DTC and NCTC took home awards for local video content and single-target print publication, respectively. For DTC, it was the second year in a row to receive the award for local video.

According to NTCA, the annual awards program aims to honor excellence in telco public relations and marketing work. Entries in six categories were judged on innovative strategies, design, writing, creativity and other elements specific to each category. “I would like to congratulate all of the 2018 TeleChoice Award winners for their incredible work,” said NTCA Chief Executive Officer Shirley Bloomfield in a press release. “The marketing efforts of NTCA member companies continue to play a critical role in educating and raising awareness of communications technologies, services, initiatives and issues that impact the vitality of rural communities and our nation.”

It’s not the first time TTA members have received such awards. Skyline Membership Corporation received TeleChoice awards in 2017, 2016 and 2015 for its annual report. In 2017, both Skyline and WK&T were winners in their division of the single-target print publication category. Ardmore Telephone received TeleChoice awards in 2015 for its customer magazine and single-target print publication, followed by the award for its website in 2016.

“To have four TTA member companies win this year — when the big national conference is right here in Nashville — that just underscores what a good job our members are doing in communicating about broadband with rural Tennesseans,” said TTA Executive Director Levoy Knowles.