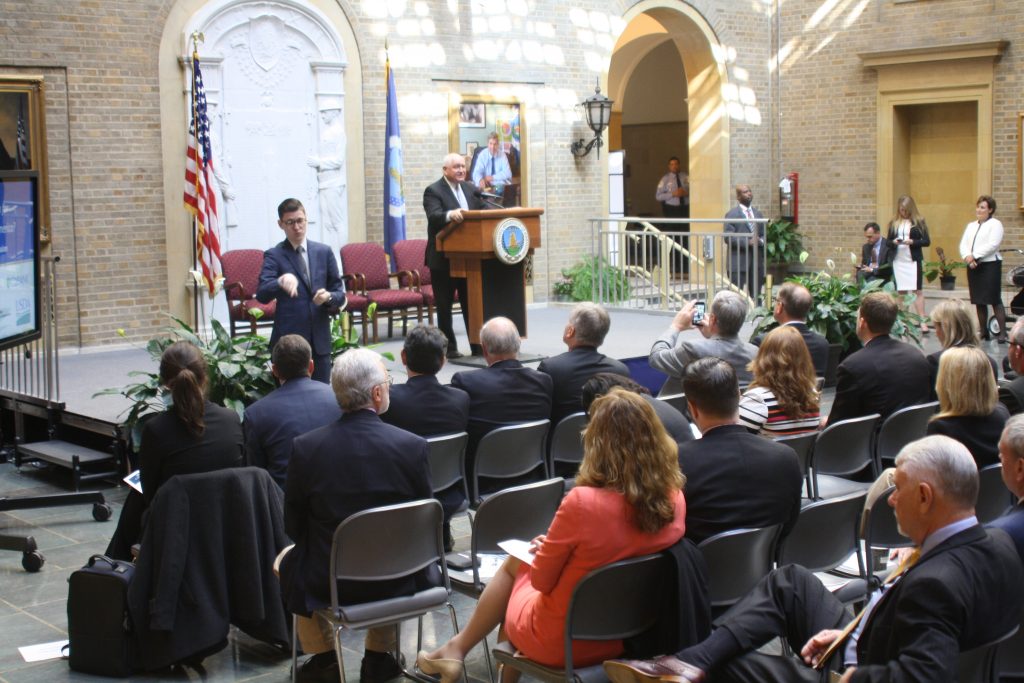 TTA Executive Director Levoy Knowles represented TTA members as a panelist at a Listening Session hosted by the Farm Foundation, NTCA and NRECA among others.

In an agenda that featured U.S. Secretary of Agriculture Sonny Perdue and Federal Communications Commission Chairman Ajit Pai, Knowles served on a panel along with Mel Coleman, of the North Arkansas Electric Cooperative, and Ken Johnson, administrator of Rural Development’s Rural Utilities Service. The April 18 event was billed by organizers as a gathering of a “coalition of stakeholders committed to the expansion of broadband services in rural America.”

“Broadband is vital to the rural economy in what is now a highly interconnected global marketplace,” said Tom Halverson, CEO of CoBank, which was one of the summit’s hosts. “We need leaders on both sides of the aisle in Washington to work together to facilitate broadband investment and ensure that rural America remains competitive and strong.”

NTCA CEO Shirley Bloomfield also spoke at the event. “We are excited for the prospects of enhanced cooperation and coordination between USDA, the FCC, and private operators like those in NTCA’s membership — all of whom recognize the value of and critical need for sustainable broadband in rural America,” she said. “NTCA’s nearly 850 members connect many of America’s rural communities to the world with robust broadband, and we are pleased to participate in this collaborative effort to promote better access to rural broadband.”

The next Listening Session will be in June 2018 in Minnesota, with additional sessions to be completed over the next six months.

You can see more photos from the session in the gallery below.