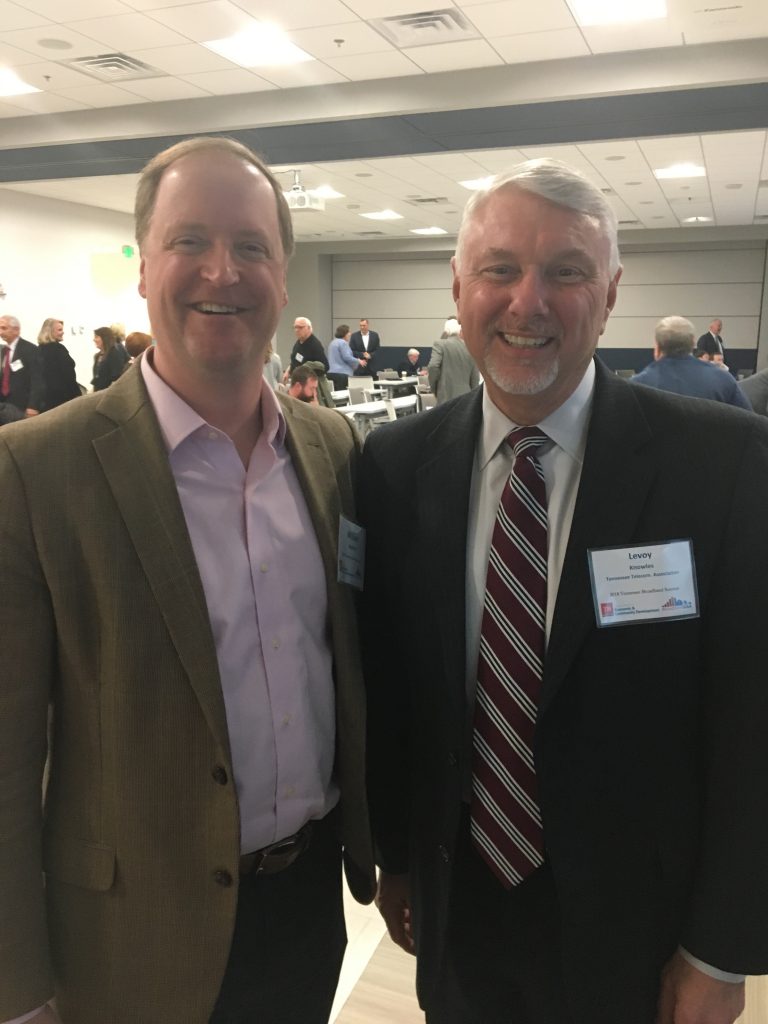 TTA and its members were happy to be a part of the National Telecommunications and Information Administration’s Tennessee Broadband Summit in Nashville this spring.

The one-day summit, held March 20, was hosted by NTIA and the Tennessee Department of Economic and Community Development. Organizers hoped the conference would facilitate partnerships among telcos, utilities and municipalities to expand broadband access to more people.

As part of the agenda, three TTA members spoke. Jonathan West, CEO of Twin Lakes, and Trevor Bonnstetter, CEO of WK&T, both participated in a panel titled “Working Together to Strengthen Infrastructure: The Power of Partnerships.” The panel discussed how telcos can partner with electric utilities or city governments to accelerate the deployment of broadband.

In another session, TTA Executive Director Levoy Knowles spoke on a panel titled “Providers Leading the Way,” which explored ways to make it easier for providers to invest in broadband networks.

“Strong leadership at every level of government can lead to increased broadband deployment,” Doug Kinkoph, associate administrator with NTIA’s Office of Telecommunications and Information Applications, wrote in a statement on the NTIA website in regards to the event. “New opportunities through the Tennessee Broadband Accessibility Act and other state and federal initiatives are vital tools that can help increase broadband accessibility.”