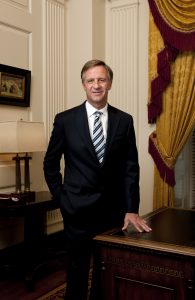 The amendment added $5 million in nonrecurring grant money to the Tennessee Broadband Accessibility Grant program. Coupling that with the $10 million already allotted for the grants, the state is offering $15 million to broadband providers in support of bringing broadband to some of the states’ rural communities.

“By significantly increasing the amount of grant funding for these projects, the governor is showing not just that broadband is essential for all Tennesseeans, but also that he has faith in providers like our TTA members to build the networks in the rural parts of our state,” said TTA Executive Director Levoy Knowles. “TTA members received about half of the funding in the first round of grants, and as Tennessee’s rural broadband experts, I would expect another strong showing the next time the grants are announced.”

The initial round of grants, announced in January, included five grants for TTA members: