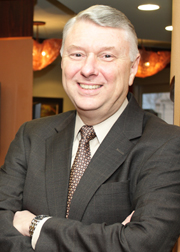 I’ve said for years that the challenge of bringing broadband to all Tennesseans would involve a multiprong solution — but that TTA members should be at the center of that.

If the recent announcement of the state’s broadband accessibility is any indication, this is a conclusion shared by many of our state leaders.

Of the $9.8 million Gov. Haslam awarded for broadband deployment, TTA members and their subsidiaries received about half of the funding statewide. Of the 9 grants awarded, TTA members received 5 of them.

It’s encouraging to think about the rural residents who will gain broadband access from these grants. For me, however, it’s also encouraging to see the capabilities and expertise of TTA members recognized through the grants.

We’ve all worked hard over the past few years to raise the profile of TTA member companies on the state level and familiarize legislators and policymakers with our mission.

According to the press release from the Gov. Haslam and Economic and Community Development Commissioner Bob Rolfe, providers from across the state submitted 71 applications, requesting $66 million in funding. The release states that the winners demonstrated a high need for funding, but it also makes clear that they were chosen for their “ability to implement and sustain the project long term.”

TTA members have been implementing and upgrading communications networks around the state for decades, and TTA members should be leading the push for connectivity in the future.

It’s nice to see that while the grants did recognize two electric cooperatives and one national ISP, it was TTA members who were selected as the best option more often than not.

These grants will continue over the next two years, and I expect we will see TTA members continue to lead the way.