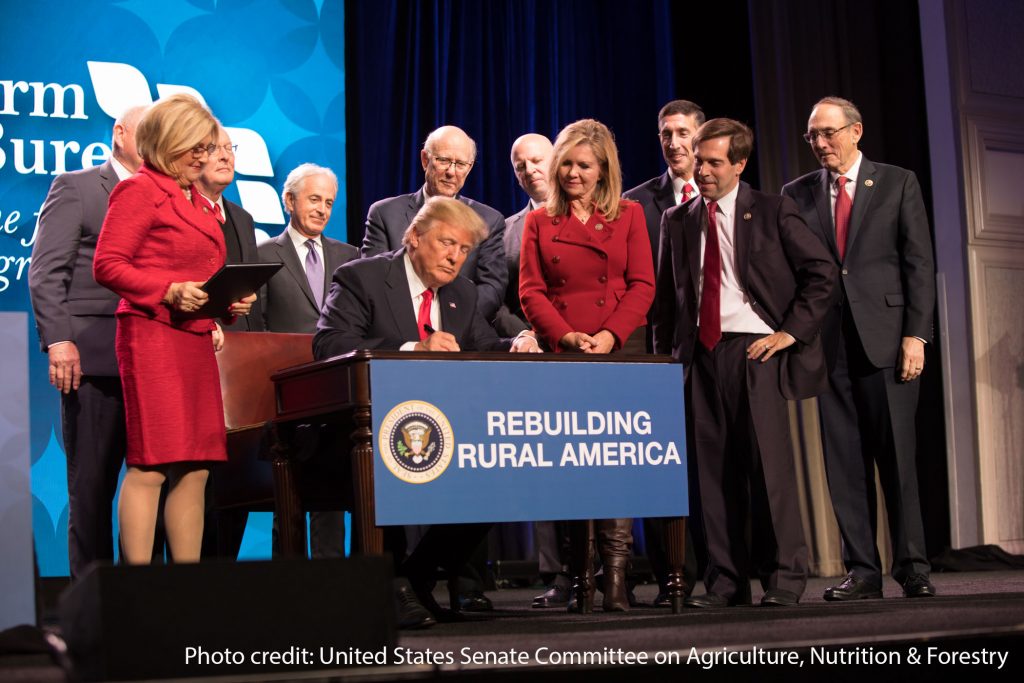 An executive order by President Donald Trump declares the executive branch will “use all viable tools” to create affordable, reliable broadband in rural America.

“We at TTA are grateful to the president for his ongoing attention to the need for broadband,” says Levoy Knowles, TTA executive director. “Our members — the telecom co-ops and companies — provide high-speed broadband across rural Tennessee, and we plan to invest nearly a quarter of a billion dollars by the end of 2019 in fiber networks across Tennessee.”

Trump also spoke in Nashville in January at a meeting of the American Farm Bureau Federation.