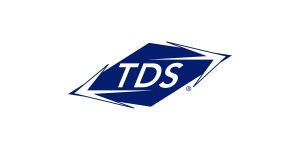 With $67 million invested in Tennessee broadband, TDS Telecom is a corporate player in the national communications market committed to serving rural areas.

The company, a subsidiary of Chicago-based Telephone and Data Systems Inc., has about 60,000 connections in Tennessee. Nationally, it serves about 900 communities.

The company is receiving funds from the Federal Communications Commission Connect America Fund to help it improve and expand broadband service to more than 16,000 homes and businesses in the state, Mottern says.

The FCC allocated an average of $7.25 million annually for the next 10 years to reach residents in some of the hardest to serve areas in Tennessee. The funding will also be used to maintain a voice and broadband network as well as to build out to these locations.

“We are proud to be part of this massive rural broadband modernization project with the FCC,” Mottern says.

The company also advocated that the state provide funding, in the form of grants through the Tennessee Broadband Accessibility Act. The effort is a push to bring broadband to underserved communities.

TDS Telecom, headquartered in Madison, Wisconsin, was formed and is comprised of telephone companies across the country. TDS employs more than 2,800 people and provides up to 1 gigabit internet speeds, as well as phone and TV entertainment services to rural, suburban and metropolitan communities.

“Jim is a highly seasoned and effective leader,” says LeRoy T. Carlson Jr., president and CEO TDS Telecom’s parent company. “He has excellent business instincts and industry experience that are critical to leading TDS Telecom smartly into the future. I have the utmost confidence that Jim will successfully accomplish the long-term vision and strategic plan for TDS Telecom through continued focus on delighting customers.”