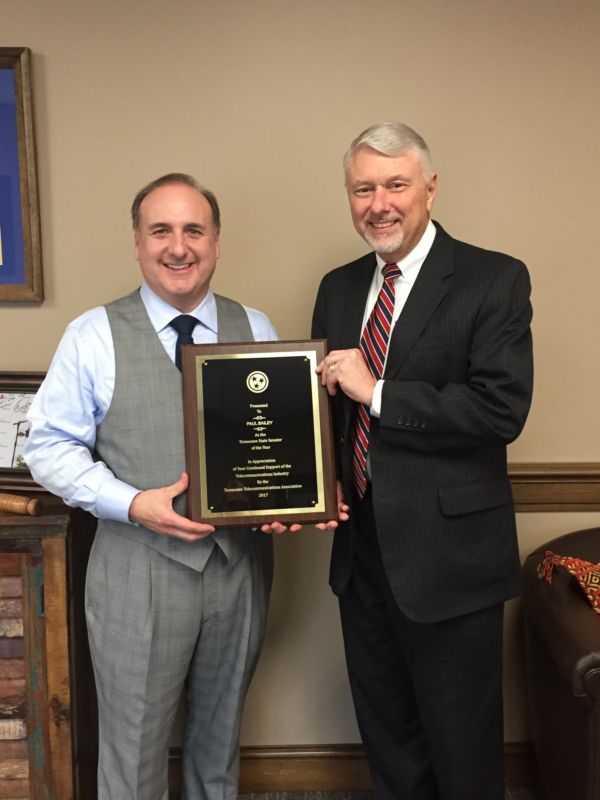 The TTA recently presented Sen. Paul Bailey, R-Sparta, with his award as the association’s 2017 State Senator of the Year.

Sen. Bailey — who represents District 15, including Cumberland, Jackson, Overton, Bledsoe, Putnam and White counties — was instrumental in the passage of the telecom tax relief bill that levels the taxation playing field for TTA members.

Rep. Charles Sargent was named Tennessee Representative of the Year for 2017 and was presented with his plaque at the 2017 TTA conference.

“I’d like to commend both legislators for their hard work representing the interests of rural Tennesseeans,” says TTA Executive Director Levoy Knowles. “These are two exemplary lawmakers who make time to understand how complex issues impact their constituents and then take action to fix problems.”