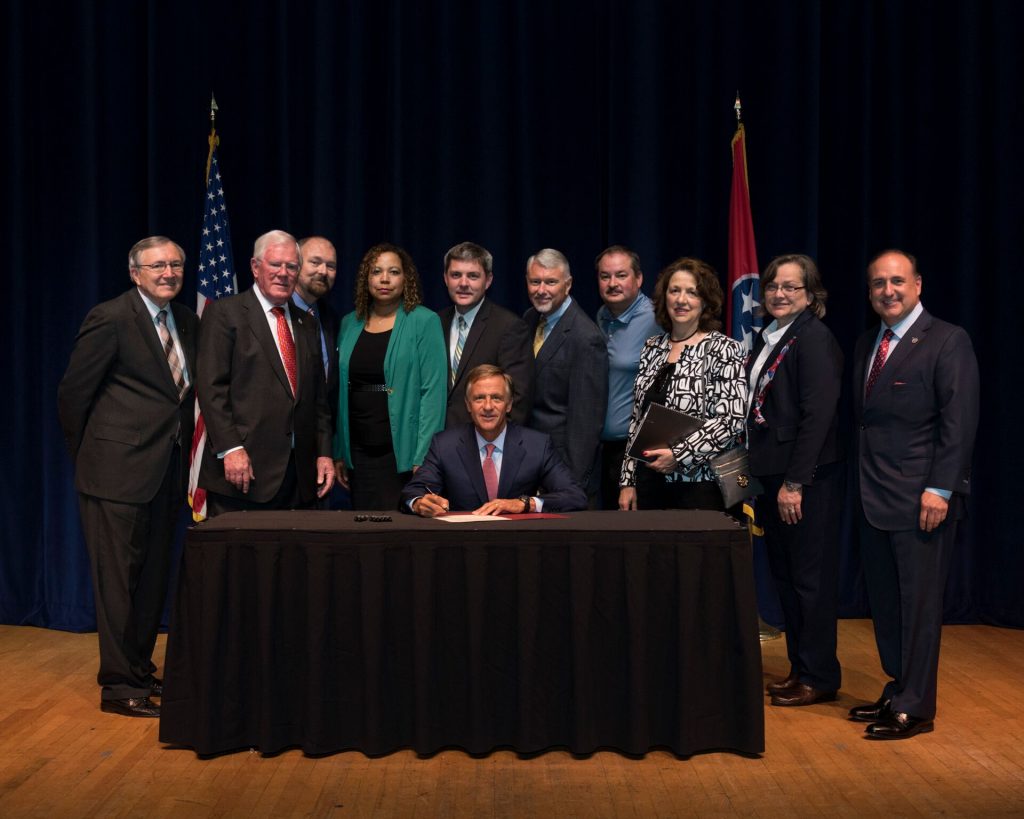 The Broadband Accessibility Act allows electric cooperatives to provide broadband service separately from their electric power service. The legislation also creates a $30 million incentive grant program for any company that commits to build a broadband network to residents of the state who cannot currently receive download speeds of 10 Mbps. To apply for the grants, which award $10 million for three years, providers must commit to serving customers with speeds of at least 25 Mbps download and 3 Mbps upload.

“There is a lot in this act for rural Tennesseans and Tennessee’s rural telcos to like,” said Levoy Knowles, executive director of TTA. “Our members, both the independent companies and the cooperatives, are optimistic about working with the electric co-ops to make broadband available to many more people in our state.”

For years telcos have paid a significantly higher tax rate than competitors. Cable companies or other providers designated as “commercial” companies paid ad valorem taxes at 40 percent of the assessed value of their real property and 30 percent of their personal property. Telcos paid taxes at 55 percent in both categories.

“This is great news that puts money in the pockets of TTA members that they can now invest in improving the networks that serve thousands of Tennesseans,” Knowles says. “Now that the playing field is level, I’ll be pleased to see what TTA members can accomplish with this extra capital.”

The new rules take effect on Jan. 1, and the legislation includes additional requirements to offset the full amount of the savings in the first four years.