Tennessee legislators will return to the state house in Nashville on Jan. 10 in what is expected to be an eventful session for telecom-related legislation. 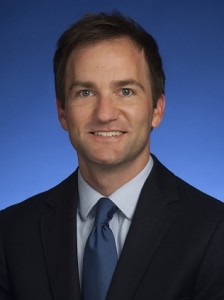 While no bills relevant to the industry had been pre-filed at the time of publication, the results from a recent TACIR report on broadband and last summer’s TDEC report are likely to spur action among legislators. Gov. Bill Haslam has already created a “Broadband Task Force” headed by his Senior Advisor for Policy and Strategy Stephen Smith.

Smith, who joined the governor’s cabinet in August, had been the deputy commissioner for policy and external affairs at the Tennessee Department of Education. Smith, 41, lives in Williamson County.

It is expected that the task force and the governor will heavily influence the drafting of a bill intending to increase broadband access in rural areas based the TACIR and TDEC reports. Senate Majority Leader Mark Norris, R-Collierville, who is also the chairman of TACIR, will likely  introduce the bill in mid-January, and that bill will be at the center of any broadband-related discussion and legislation this year.

For its part, a near-final draft of the TACIR report obtained by TTA seems to be favorable to many of TTA’s positions.

“It’s got a lot of good points in it,” says TTA Executive Director Levoy Knowles. “Some of the points we don’t really agree with, but overall, this is a report that gives a fair view of broadband in Tennessee. It’s something we can work with.”

For instance, the draft does not recommend that the gaps in Tennessee’s broadband coverage be filled by municipalities, and it goes on to point out many of the problems with municipal broadband that TTA has been pointing out for years.

“Municipalities that build broadband infrastructure outside of their electric service areas and taxing jurisdictions put electric ratepayers and municipal taxpayers at risk in the event that they are unable to earn enough revenue from subscribers to make debt payments on bonds issued to expand their systems,” the draft states.

It goes on to point out that of the two municipal providers allowed to expand broadband outside of their territories, Morristown Utilities has chosen not to and Covington started expansion but has since sold its network.

Encouragingly for TTA members, the TACIR report concludes that “a better option” would be for the legislature to allow electric cooperatives to partner with existing providers to provide broadband service in the electric cooperatives’ service areas. This would open some significant opportunities for many TTA members, and TTA is hopeful that the task force and legislature will consider making such partnerships possible.

“TTA members are already the broadband experts,” Knowles says. “The electric cooperatives could be great partners in building and maintaining a network, but they don’t have any experience going inside a customer’s house or managing a data network. The type of legislation recommended in that part of the report could lead to some very strong partnerships that ultimately serve the interests of rural Tennessee.”

The TACIR report also briefly addresses pole attachment rates but concludes that legislators’ hands are tied by TVA. The report states, “Pole attachment fees may also affect the ability of providers to expand service in some areas,” and says TVA’s new rates doubled the current median fee charged within the state. The report found that TVA’s rates “can be several orders of magnitude” greater than FCC guidelines.

Unfortunately, the report agrees with the legislature that TVA’s rates supersede any possible state laws.

Among its 147 pages, the TACIR Broadband Report draft concludes: