More than 15 executives from eight TTA member companies met with 22 legislators discussing two particular areas of legislation on March 1 as part of the TTA Legislative Day on the Hill. 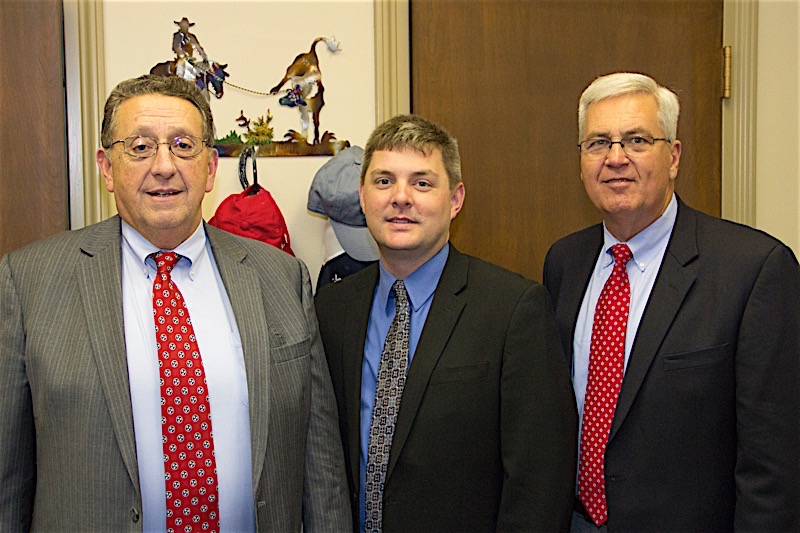 The biggest legislative issue of the session for TTA members is the municipal broadband bill (House Bill 1303/Senate Bill 1134), which was voted down by the Business and Utilities Subcommittee on March 15. The bill would have allowed electric providers to overbuild existing broadband networks to anyone they deemed as underserved. During meetings with legislators, the TTA member representatives stressed the harmful consequences of such a bill and highlighted the investment TTA members have made in existing networks.

“The TTA and its members are concerned about bills that could force private companies to compete against government-run organizations that could essentially use our own tax dollars against us,” says Levoy Knowles, TTA’s executive director. “Allowing cities and counties to build networks with public funds would undermine the great work that’s already been done by many rural telcos.”

TTA members met with Calfee, Swann and Marsh this session and with Powell during the 2016 Day on the Hill.

Other bills of interest include SB 2200/HB 2133  which would set the definition for broaband at 25/1.5 Mbps and require the Tennessee Regulatory Authority to issue a report of each provider’s highest broadband speeds in each area they serve. Additionally, SB 2512/HB 2408 and SB 1990/HB 1839 also seek to expand municipal broadband but are not expected to move forward this session.